During arc evaporation the magnetically guided arcs are run in a controlled manner over the coating material (target), being e.g. Ti, AlTi, AlCr, TiSi etc. The arcs cause a nearly 100% ionization of the evaporated material.

The ionized metal vapor recombines with the reactive gases, such as 2 Ti + N2 (nitrogen) > 2 TiN (Titanium-nitride).
Due to the high intrinsic energies and the extremely good throwing power of the arc-evaporation process very well adherent coatings can be uniformly deposited, even on complex-shaped, 3-dimensional substrates (parts and tools), while single, double and triple rotation of the parts support the uniform deposition.

The processes are designed that the arcs are uniformly run over the targets to control and minimize the number and size of the micro-droplets and to maximize the target utilization. The principle of the process is displayed in the sketch below. 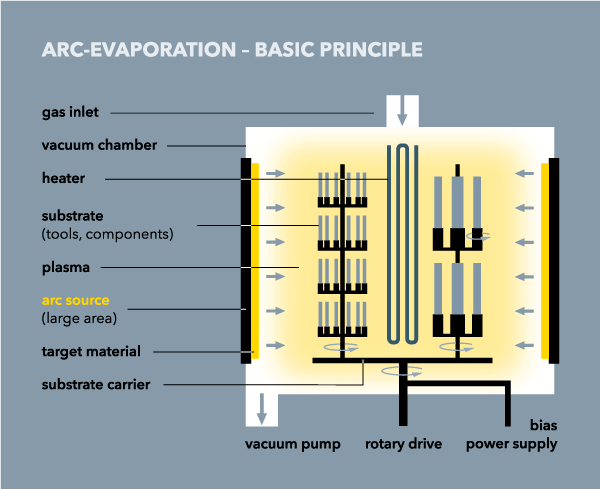 PDA (Plasma Diffused Arc) and HiParc (High Power Pulsed Arc) are two processes developed by PVT to maximize the target utilization, to minimize the size of the micro-droplets and to increase productivity. 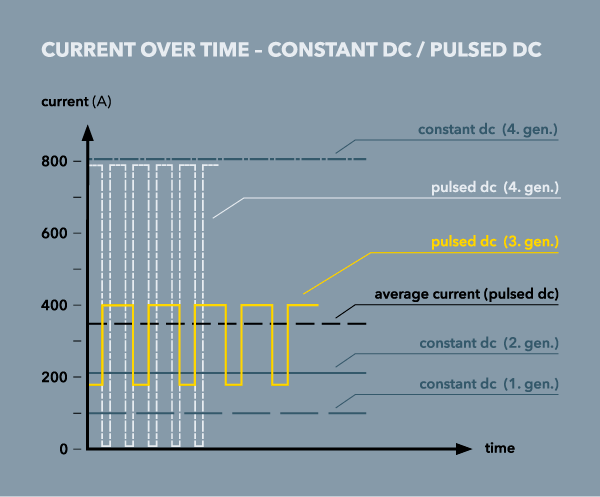