Due to the low intrinsic energy of this process and the limited throwing power the distance between the substrate and the magnetron sputtering source is significantly smaller than with arc-evaporation. 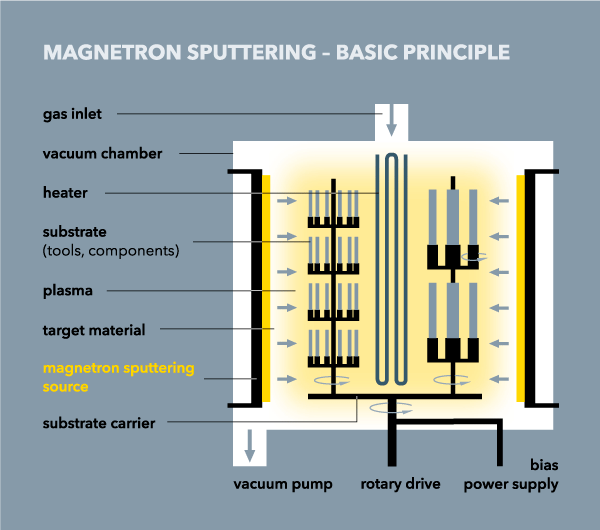 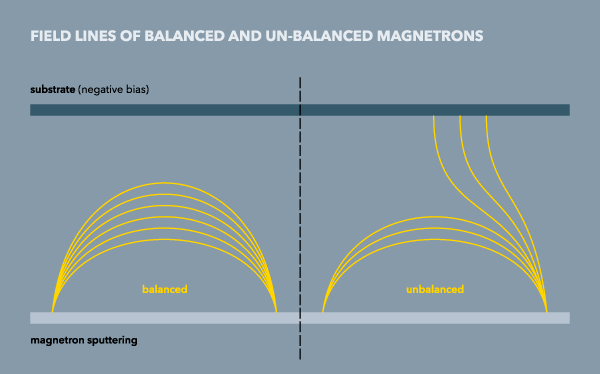 During HiPIMS short power pulses in the range of fractions of microseconds hit the substrates at very low duty cycles (<10%) at several kW per cm2 creating significant impacts of highly ionized coating material for very dense and smooth coatings. 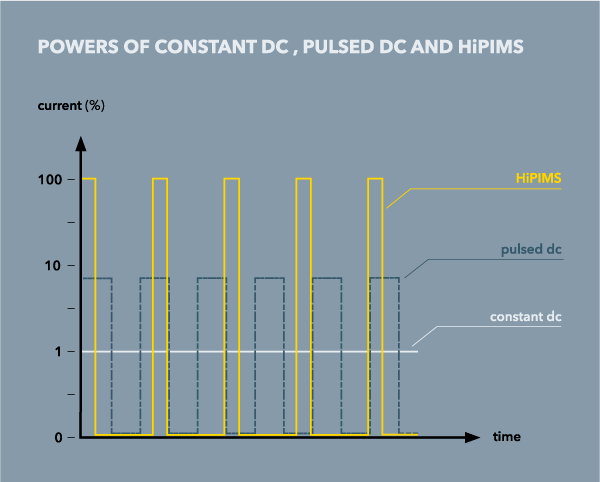 HiPIMS V+ compensates for the low deposition rate by the positive reverse pulse after the high energetic negative pulse, thus increasing the deposition rate and tuning the coating properties.* 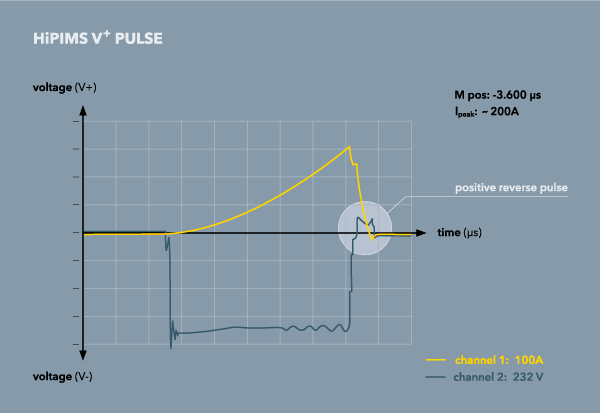 * developed by and applied in cooperation with Nano4Energy, Madrid, Spain